In 1994, at the age of 17, Jeroen joined our company as an apprentice cabinet maker. After two years, he joined our machine production team. At his first performance review, Jeroen expressed his wish to follow in his father’s footsteps to become team leader.

At the age of 28, Jeroen achieved that goal, becoming a team leader in our veneer department. Now, 15 years later, his passion for carpentry, wood and veneer has grown even stronger. From the very start, Jeroen has been involved in our projects. The process starts with sourcing veneer and sample making, right through to the final quality check. Jeroen has an eye for detail which compliments his work.

‘Every project here at S&H is unique,’ Jeroen says, ‘that is what makes working here so diversified.’ He can be recognised by his unique moustache and his love for the 1950s. He even drives a Peugeot 203A from the ‘50s. 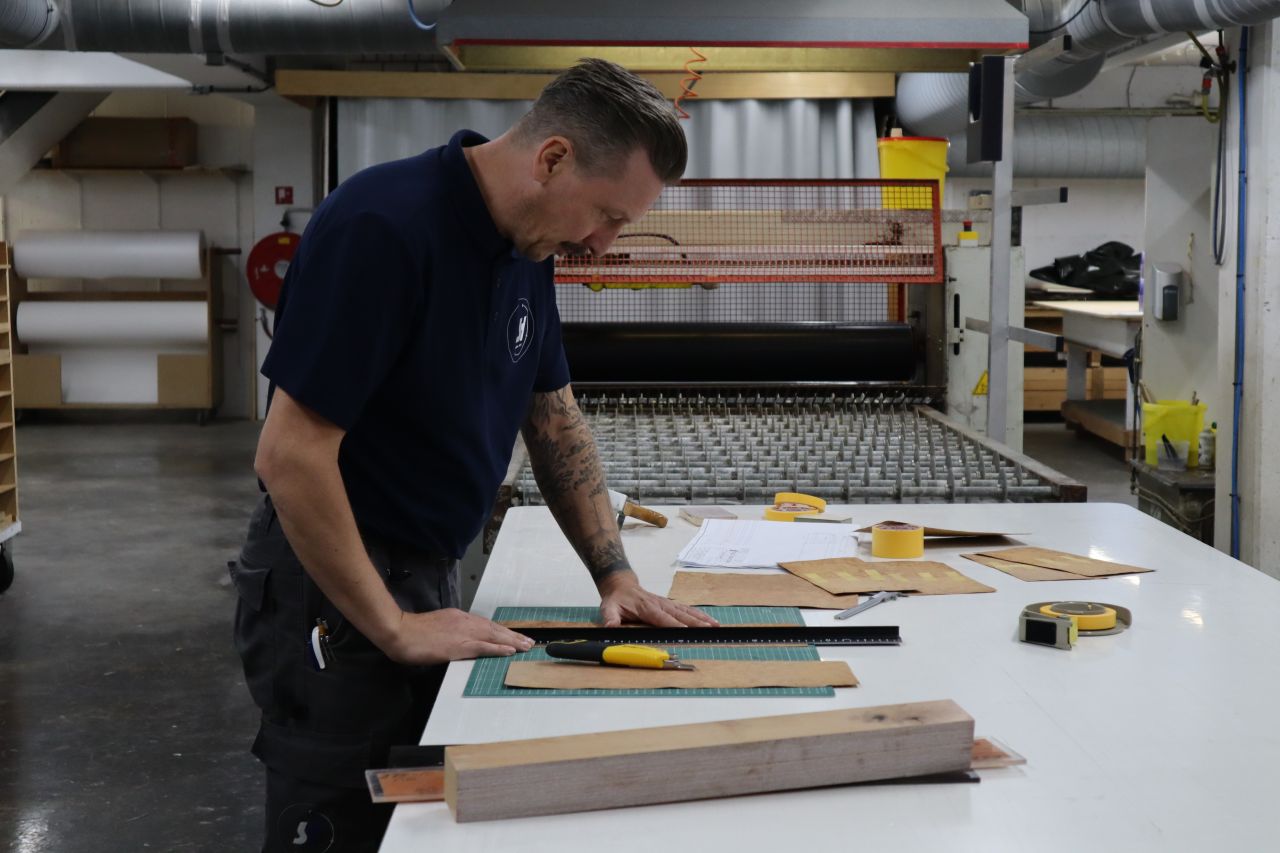 If you have any questions about this newsletter, feel free to contact us anytime.

Established in 1964, Struik & Hamerslag has grown into the number one specialist for high-end interiors in the superyacht industry.